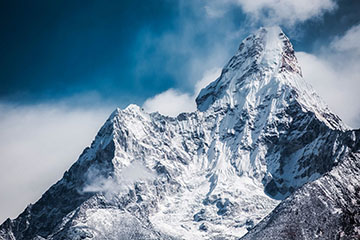 55,000 years ago, the first modern humans, or Homosapiens, arrived on the Indian subcontinent from Africa, where they had earlier evolved. The earliest known modern human remains in South Asia date back to about 30,000 years ago. The oldest discovered archaeological evidence of human settlements in Nepal dates to around the same time.

After 6500 BCE, evidence for domestication of food crops and animals, construction of permanent structures, and storage of agricultural surplus appeared in Mehrgarh and other sites in what is now Balochistan. These gradually developed into the Indus Valley Civilization, the first urban culture in South Asia. Prehistoric sites of palaeolithic, mesolithic and neolithic origins have been discovered in the Siwalik hills of the Dang district. The earliest inhabitants of modern Nepal and adjoining areas are believed to be people from the Indus Valley Civilization. It is possible that the Dravidian people whose history predates the onset of the Bronze Age in the Indian subcontinent (around 6300 BCE) inhabited the area before the arrival of other ethnic groups like the Tibeto-Burmans and Indo-Aryans from across the border. By 4000 BCE, the Tibeto-Burmese people had reached Nepal either directly across the Himalayas from Tibet or via Myanmar and north-east India or both. Another possibility for the first people to have inhabited Nepal are the Kusunda people. According to Hogdson (1847), the earliest inhabitants of Nepal were perhaps the Kusunda people, probably of proto-Australoid origin. Stella Kramrisch ( 1964 ) mentions a substratum of a race of Pre–Dravidians and Dravidians, who were in Nepal even before the Newars, who formed the majority of the ancient inhabitants of the valley of Kathmandu.

By the late Vedic period, Nepal was mentioned in various Hindu texts, such as the late Vedic Atharvaveda Pariśiṣṭa and in the post-Vedic Atharvashirsha Upanishad. The Gopal Bansa was the oldest dynasty to be mentioned in various texts as the earliest rulers of the central Himalayan kingdom known by the name ‘Nepal’. The Gopalas were followed by Kiratas who ruled for over 16 centuries by some accounts. According to the Mahabharata, the then Kirata king went to take part in the Battle of Kurukshetra. In the south-eastern region, Janakpurdham was the capital of the prosperous kingdom of Videha or Mithila, that extended down to the Ganges, and home to King Janaka and his daughter, Sita.

The Changu Narayan Temple is one of the oldest temples in Nepal. This two-storied pagoda, rebuilt c. 1700 CE, showcases exquisite woodcraft in every piece of its timber, probably the finest in Nepal.
On the premises of the Changu Narayan Temple, is a stone inscription dated 464 CE, the first in Nepal since the Ashoka inscription of Lumbini (c. 250 BCE).
Around 600 BCE, small kingdoms and confederations of clans arose in the southern regions of Nepal. From one of these, the Shakya polity, arose a prince who later renounced his status to lead an ascetic life, founded Buddhism, and came to be known as Gautama Buddha (traditionally dated 563–483 BCE). Nepal, which came to be established as the land of spirituality and refuge in the intervening centuries, played an important role in transmitting Buddhism to East Asia via Tibet, and helped preserve Hindu and Buddhist manuscripts.

By 250 BCE, the southern regions had come under the influence of the Maurya Empire. Emperor Ashoka made a pilgrimage to Lumbini and erected a pillar at Buddha’s birthplace, the inscriptions on which mark the starting point for the properly recorded history of Nepal. Ashoka also visited the Kathmandu valley and built monuments commemorating Gautam Buddha’s visit there. By the 4th century CE, much of Nepal was under the influence of the Gupta Empire.

In 641, Songtsen Gampo of the Tibetan Empire sent Narendradeva back to Licchavi with an army and subjugated Nepal. Parts of Nepal and Licchavi were later under the direct influence of the Tibetan empire.

The Licchavi dynasty went into decline in the late 8th century and was followed by the Thakuri rule. Thakuri kings ruled over the country up to the middle of the 11th century CE. Not much is known of this period that is often called the dark period.

In the 11th century, a powerful empire of Khas people emerged in western Nepal whose territory at its highest peak included much of western Nepal as well as parts of western Tibet and Uttarakhand of India. By the 14th century, the empire had splintered into loosely associated Baise rajyas, literally 22 states as they were counted. The rich culture and language of the Khas people spread throughout Nepal and as far as Indo-China in the intervening centuries; their language, later renamed Nepali language, became the lingua franca of Nepal as well as much of North-east India.

In south-eastern Nepal, Simraungarh annexed Mithila around 1100 CE, and the unified Tirhut stood as a powerful kingdom for more than 200 years, even ruling over Kathmandu for a time. After another 300 years of Muslim rule, Tirhut came under the control of the Sens of Makawanpur. In the eastern hills, a confederation of Kirat principalities ruled the area between Kathmandu and Bengal.

Patan Durbar Square has many buildings, mostly temples, built in the Pagoda style, and a couple of temples of Shikhara architecture showcasing the pinnacle of Nepali wood-, stone- and metal-craft.
Patan Durbar Square, one of the three palace squares in the Kathmandu Valley, was built by the Mallas in the 17th century. The Durbar Squares are a culmination of over a millennium of development in Nepali art and architecture.
In the Kathmandu valley, the Mallas, who make several appearances in Nepalese history since ancient times, established themselves in Kathmandu and Patan by the middle of the 14th century. The Mallas ruled the valley first under the suzerainty of Tirhut, but established an independent reign by the late 14th century as Tirhut went into decline. In the late 14th century, Jayasthiti Malla introduced widespread socio-economic reforms, the principal of which was the caste system. By dividing the indigenous non-Aryan Buddhist population into castes modelled after the four Varna system of Hinduism, he provided an influential model for the Sanskritization and Hinduization of the indigenous non-Hindu tribal populations in all principalities throughout Nepal. By the middle of the 15th century, Kathmandu had become a powerful empire which, according to Kirkpatrick, extended from Digarchi or Sigatse in Tibet to Tirhut and Gaya in India. In the late 15th century, Malla princes divided their kingdom in four — Kathmandu, Patan and Bhaktapur in the valley and Banepa to the east. The competition for prestige among these brotherly kingdoms saw the flourishing of art and architecture in central Nepal, and the building of famous Kathmandu, Patan and Bhaktapur Durbar Squares; their division and mistrust led to their fall in the late 18th century, and ultimately, unification of Nepal into a modern state.

Apart from one destructive sacking of Kathmandu in the early 13th century, Nepal remained largely untouched by the Muslim invasion of India that began in the 11th century. However, the Mughal period saw an influx of high-caste Hindus from India into Nepal. They soon intermingled with the Khas people and by the 16th century, there were about 50 Rajput-ruled principalities in Nepal, including the 22 baisi states and, to their east in west-central Nepal, 24 Chaubisi states. There emerged a view that Nepal remained the true bastion of unadulterated Hinduism at a time when Indian culture had been influenced by centuries of Mughal, followed by British rule. Gorkha, one of the Baisi states, emerged as an influential and ambitious kingdom with a reputation for justice, after it codified the first Hinduism-based laws in the Nepalese hills.

In the mid-18th century, Prithvi Narayan Shah, a Gorkha king, set out to put together what would become the present-day Nepal. He embarked on his mission by securing the neutrality of the bordering mountain kingdoms. After several bloody battles and sieges, notably the Battle of Kirtipur, he managed to conquer the Kathmandu Valley in 1769.

The Gorkha control reached its height when the North Indian territories of the Kumaon and Garhwal Kingdoms in the west to Sikkim in the east came under Nepalese control. A dispute with Tibet over the control of mountain passes and inner Tingri valleys of Tibet forced the Qing Emperor of China to start the Sino-Nepali War compelling the Nepali to retreat to their own borders in the north. Rivalry between the Kingdom of Nepal and the East India Company over the control of states bordering Nepal eventually led to the Anglo-Nepali War (1815–16). At first, the British underestimated the Nepali and were soundly defeated until committing more military resources than they had anticipated needing. Thus, began the reputation of Gurkhas as fierce and ruthless soldiers. The war ended with the Sugauli Treaty, under which Nepal ceded recently captured lands.

Factionalism inside the royal family led to a period of instability. In 1846, a plot was discovered revealing that the reigning queen had planned to overthrow Jung Bahadur Kunwar, a fast-rising military leader. This led to the Kot massacre; armed clashes between military personnel and administrators loyal to the queen led to the execution of several hundred princes and chieftains around the country. Bir Narsingh Kunwar emerged victorious and founded the Rana dynasty, and came to be known as Jung Bahadur Rana. The king was made a titular figure, and the post of Prime Minister was made powerful and hereditary. The Ranas were staunchly pro-British and assisted them during the Indian Rebellion of 1857 (and later in both World Wars). In 1860 some parts of the western Terai region were gifted to Nepal by the British as a friendly gesture because of her military help to sustain British control in India during the rebellion (known as Naya Muluk, new country). In 1923, the United Kingdom and Nepal formally signed an agreement of friendship that superseded the Sugauli Treaty of 1816.

The Hindu practice of Sati, in which a widow sacrificed herself in the funeral pyre of her husband, was banned in 1919, and slavery was officially abolished in 1924. Rana rule was marked by tyranny, debauchery, economic exploitation and religious persecution.

In the late 1940s, newly emerging pro-democracy movements and political parties in Nepal were critical of the Rana autocracy. Following the success of the Indian Independence Movement which Nepalese activists had taken part in, with India’s support and the cooperation of King Tribhuvan, the Nepali Congress was successful in toppling the Rana regime, establishing a parliamentary democracy. After a decade of power wrangling between the king and the government, King Mahendra (ruled 1955–1972) scrapped the democratic experiment in 1960, and a “partyless” Panchayat system was made to govern Nepal. The political parties were banned, and politicians imprisoned or exiled.

Ram Baran Yadav became the first President of the Nepali republic on July 23, 2008, after the monarchy was finally abolished following its decades-long tussle with democracy.
The Panchayat rule modernized the country, introducing reforms and developing infrastructure, but curtailed liberties and imposed heavy censorship. In 1990, the People’s Movement forced King Birendra (ruled 1972–2001) to accept constitutional reforms and establish a multiparty democracy.

In 1996, the Maoist Party started a violent bid to replace the royal parliamentary system with a people’s republic. This led to the long Nepali Civil War and more than 16,000 deaths. With the death of both the King and the Crown Prince in a massacre in the royal palace, King Birendra’s brother Gyanendra inherited the throne in 2001 and subsequently assumed full executive powers aiming to quash the Maoist insurgency himself.

The Maoist Party joined mainstream politics following the success of the peaceful democratic revolution of 2006; Nepal became a secular state, and on 28 May 2008, it was declared a Federal Republic, ending its time-honored status as the world’s only Hindu Kingdom. After a decade of instability and internal strife which saw two constituent assembly elections, the new constitution was promulgated on 20 September 2015, making Nepal a federal democratic republic divided into seven provinces. 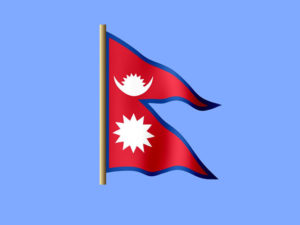 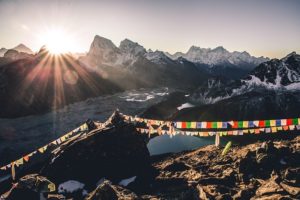